So, I continue with my fantasy costuming. This flare of interest in fantasy outfits comes from when I "needed" a fire themed crown for an Elf king in August. So I thought: why not try making oen from aluminum wire and glass beads, the latter I have more than enough of.

So I made this crown: 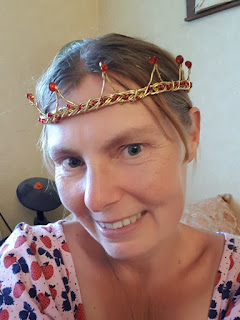 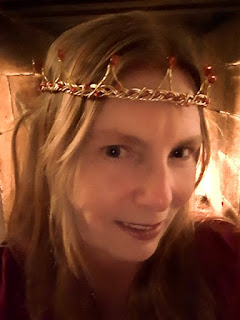 And, which is not uncommon, I got really inspired and ordered lots more wire in different colours.
And I made a earth element/forest crown: 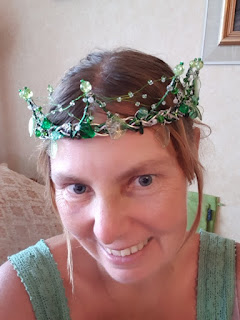 Both these have braided wire as foundation, but for the water crown I used another technique, that I have use previously for circlets to wear with veils - though that was more than 15 years ago.
Here you have two rings of thicker wire, and use thinner wire to weave beads between the two thicker ones. The aluminum wire is a little soft and bendy for this, but it is okay, especially if you add other things to teh circlet, as I did. 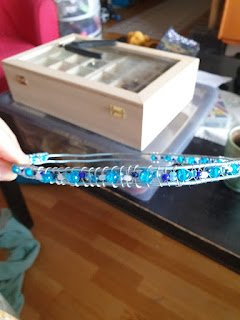 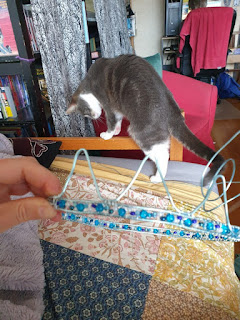 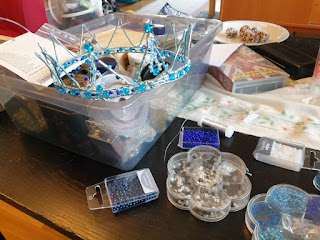 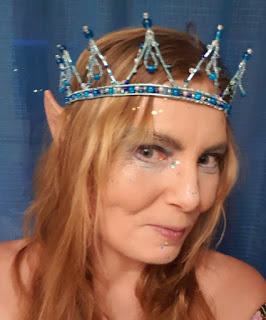 I am working on an Air crown too, but got sidetracked by making a water gown, so that I could have a photoshoot last weekend, when Rickard and I had rented a cabin by a lake.It is easier to take water themed photos with a lake at hand ;)
This is the beginning of the air crown - I am working with clear, and iridescent glass beads to get a light and airy feeling. 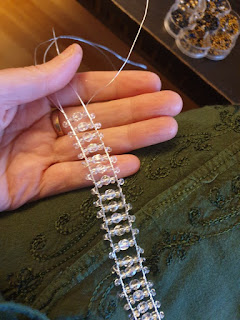