As part of my project of having a wire crown for each of the four elements, and a photo shoot as a fairy/an elf for each element I brought lots of stuff with me when hubby and I went to a cabin in the woods last weekend (this is where we went, we love that place). It's the same place where we took the Water Elf photos.

Rickard took photos of me in two different outfits, one is my 12th century wool gown, and the other one was my wedding camicia, made after the 16th century camicia at the Metropolitan Museum, combined with a sleeveless spencer that I intend to wear with my Regency ball gown that I made this winter. There will be photos of this too eventually, I'm just trying to figure out if I can sneak into a house to get a good environment for those photos.

But, that's for later, here are some of my photos, and a video, with my Earth fairy crown. 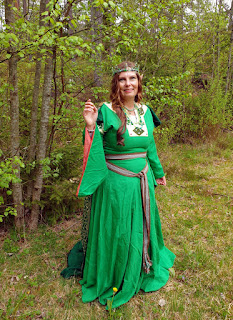 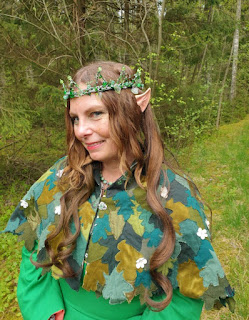 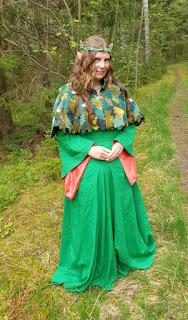 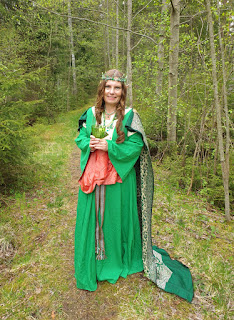 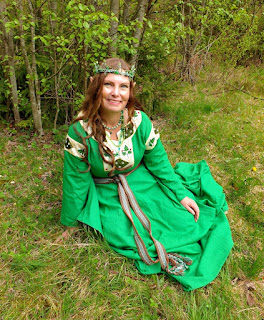 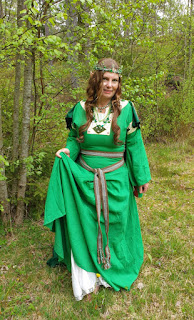 Yes, I had a hard time choosing ;)

On the porch of our cabin, with my hair  wrapped  around some elastic to keep it curly while I changed to  the next outfit. 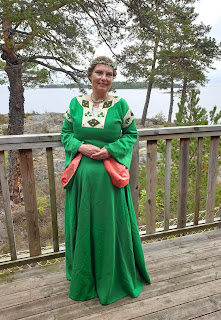 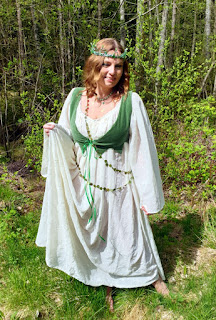 The best pohotos of that outfit was without the crown, however. 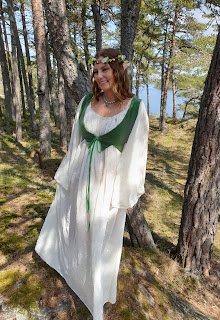 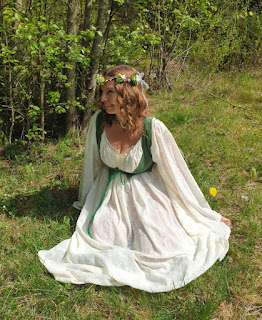 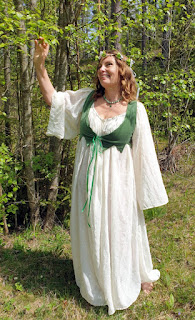