Today my mint green silk viscose blend (so I like regenerated cellulose, so shoot me ;) Besides I can't always afford 100% silk) arrived from Pure silks  arrived. That means that I can make a mid 14th century Italian outfit based on this painting (and a few others). 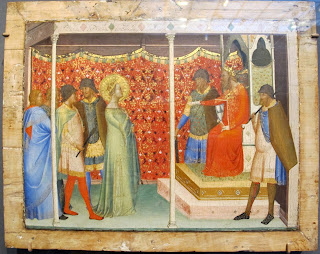 It's a bit stronger green than I anticipated, but I look good in mint green, so I think it will work out nicely. The gown will be lined in pink silk and I'll use some of my 50 metres of gold trim. 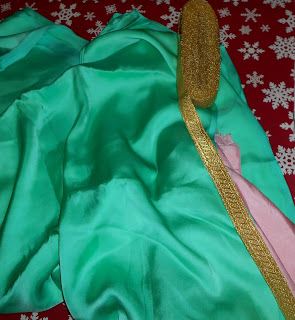 Snow fight from the ca 1400 frescoes in the Eagle Tower of Castello Buonconsiglio in Trento, Italy. 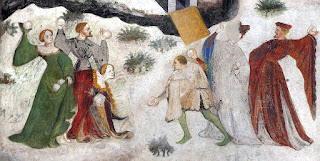 Judging from their dress it's a rare occasion with snow, and probably not colder than around frezing, the kind of weather where you run out to have a snow fight, but don't have to put on thick winter clothes. It can't be much either, judging from the green brush showing through the snow. This is actually somethign that we're used to here in the southwest of Sweden, so I can relate :)

There's no snow here now, and while this is not that unusual, but the lack of snow further north is a worrying sign of the Climate Change cause by us humans. I am trying to limit my personal contribution to this by making most of my christmas presents, limiting my consumption in general (obviously not of fabric though ;) ), eat less meat and usually travel by public transport. So I hope for more Yule eve's with snow in the future.

I hope you all have a joyful and relaxed Yule, or whatever you celebrate - focusing on friends and family.  I might actually get some medieval sewing done - I've been very busy with making presents lately.

And finally, som photos from the Barony of Gotvik's Yule party last week. The surroundings were where un-medieval, but in candlelight you could ignore that :) 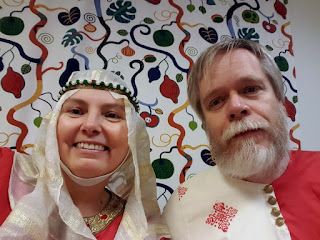 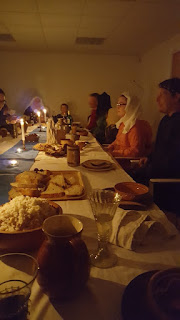 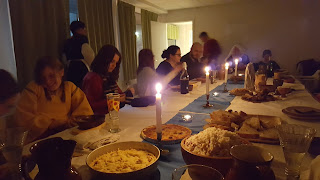 So, a friend is moving and I bought her stash of gold trim, over 50 metres of it. 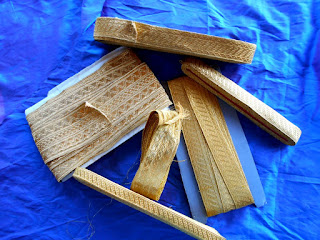 Painting another glass, and lots of scrolls

So, it's time for another non-textile post. On Festivalo de Caderas Maja's glass was accidentally smashed to the floor, so I pained a new glass for her: 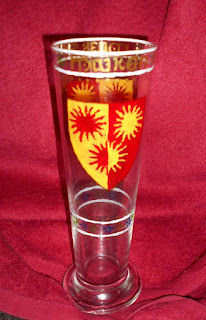 When I'm not sewing I am usually making scrolls, so I thought that I would share the latest ones:

These I gave out on Festivalo de Caderas in October:

Gotvik's Wayfarer, for those who have moved away and we miss. 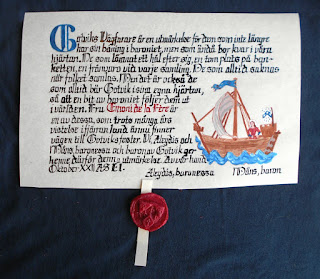 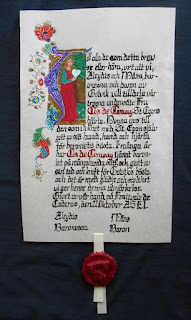 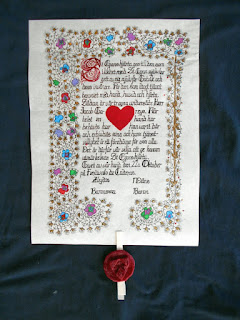 Scrolls made for the Queen and King and the Princess and Prince of Nordmark to use:

Award of Arms for Aerin of Varovjie. My first on real parchment, and first using uncial script, to match the early period favoured by the recipient. 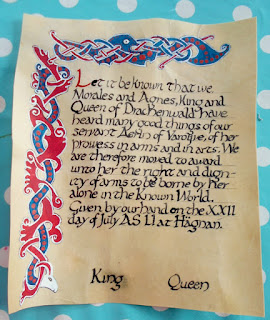 Blank scroll. I don't know if it has been used. 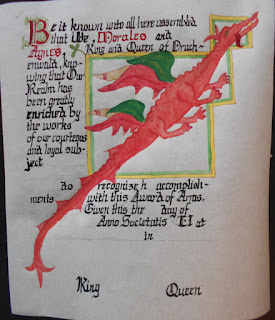 Award of Arms for Jens Bentsson 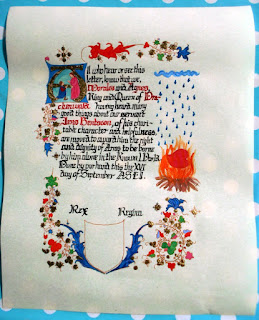 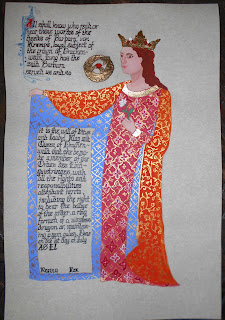 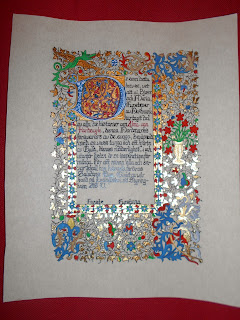 And a mundane one, made for my friends Edward and Suzanne's wedding. 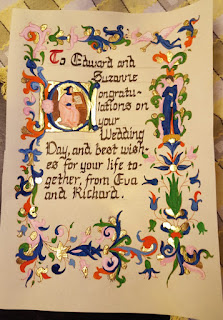