Re-made in 2017 - taken in, and some rows of gathering unpicked. I forgot my newly threaded string with beads at home unfortunateluy. 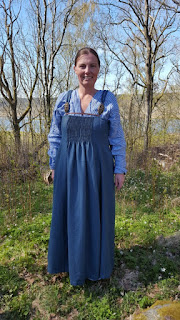 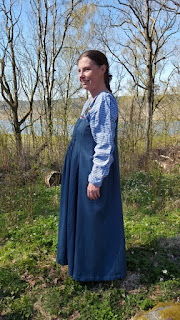 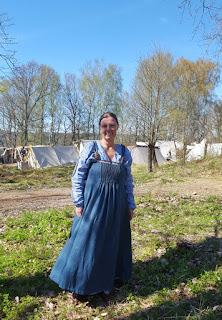 This is my first viking dress for over a decade, and my old ones are too small and/or have been given away. Still I got so inspired by  Hilde Thunem's interpretation of the Köstrup find (in Denmark), that I had to make one myself. I based it wholly on her work,  except that the pleating on mine is "locked" with rows of backstitching. It's made from a lovely soft herringbone wool twill in blue and green that I got from my sister as a present when I defended my PhD. The shift is simple rectangular construction, with the neck opening taken from the Kraglund kirtle from the 11th century. Because I like it and it's plausible for the period and the same culture. It's a linen fabric that I bought at the market at Hovdala castle.

Her you can see the pleating better: 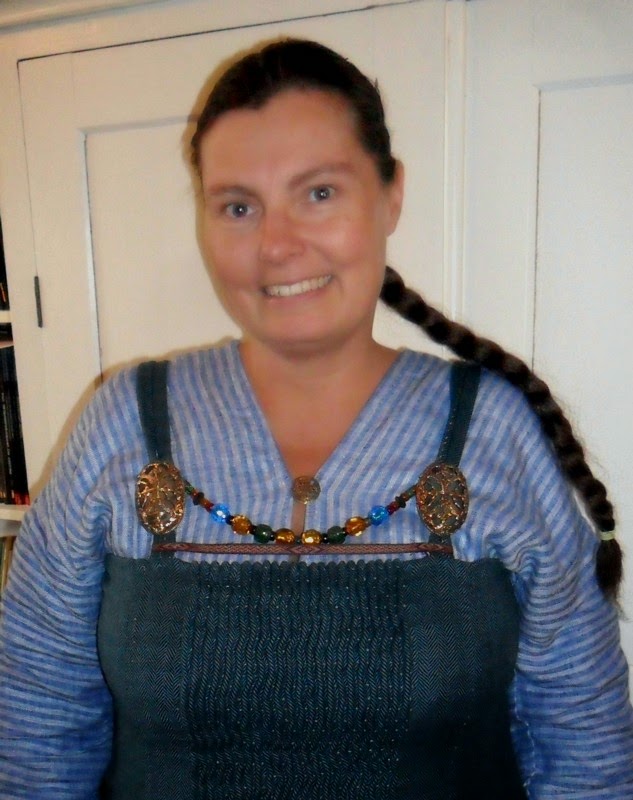 And here's a good picture of the tablet woven ribbon, which is made.by Hanna Johansson and bought from Eikthyrnir in Norway. It is not a reconstruction of the ribbon from the grave, although she has made one of those too. But I don't want to copy anyone, and it's the right style for the  time period.
And, while it may be ard to see the swastika shaped motifs aren't real swastiskas, but has two "branches" on each leg. I am still considering whether I should replace this trim, though you pretty much would have to plunge your head into my boobs to actually see the pattern. 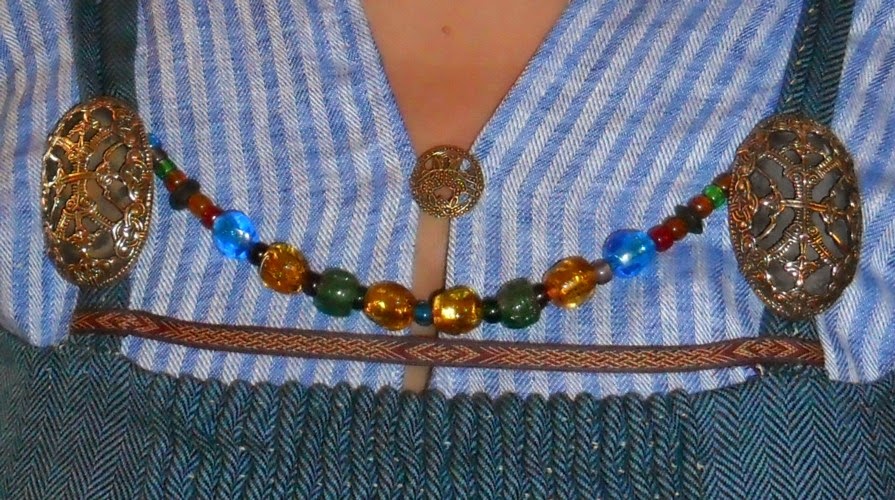 I also have no idea of where my tortoise brooches are from, but they're small and pretty.
The shoes are from CP-schuhe in Germany and the sock are hand sewn from woven wool. 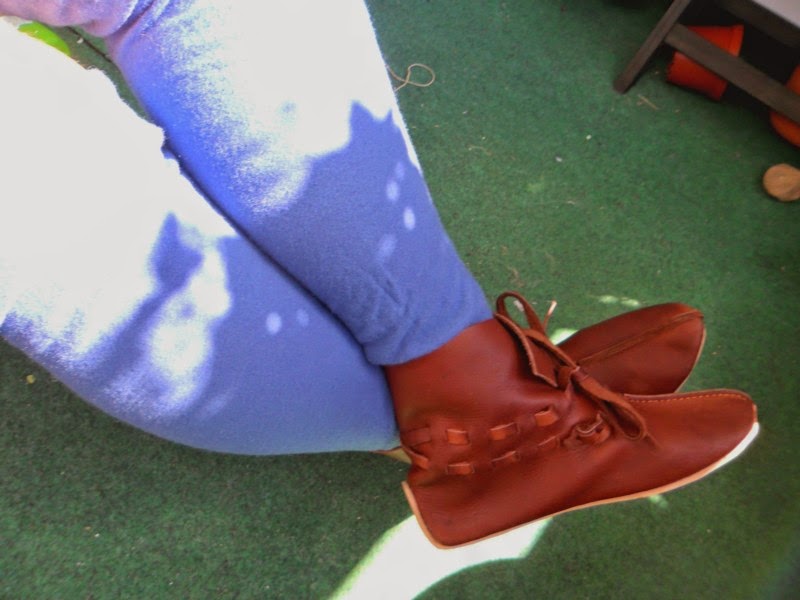 I like wearing viking clothes without a headwrap, because in the period artwork we find women with long braids in fanciful knots, or buns of hair, no veils. Since I have short hair I have to use a false braid, but it works rather well.