I don't need any new clothes from the High Middle Ages, and I can't knit right now because of my arthritis, and, I have also run out of pergamanata, so I can't make scrolls. But I need craft projects, or I'll go crazy.
So I made some new headwear, trying a new version of the 13th century pleated fillet. 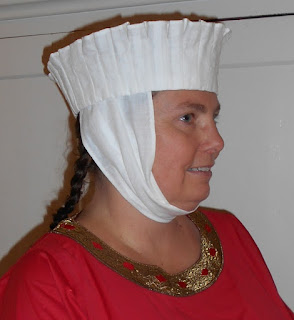 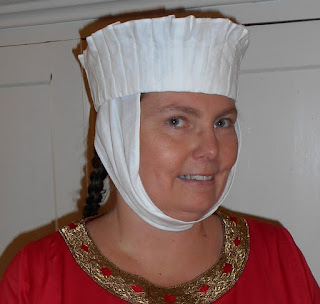 I've made several other interpretations of pleated, wavy, or decorated white fillets, trying new techniques, and one day I will make a post evaluating them all, but not today. I like how this one looks though and will wear it to an event next weekend. I also like having braids hanging down, after finding so many examples from the 13th century.

I also made me a new early 14th century hood (Mr Claus hoods my friend Anna and I call them, because quite a few are red with white lining, presumably fur). 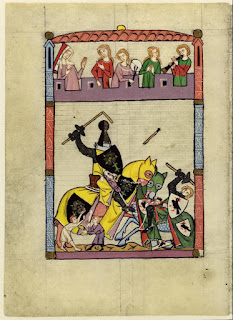 Mine is blue wool, lined in white self-striped linen. 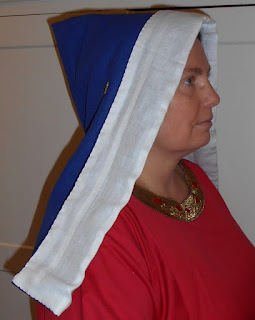 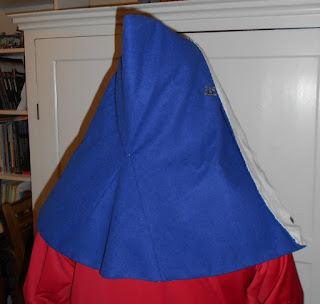 My previous hoods of this type has only been rectangles sewn together, because that's how they look in the pictures, but for this one I added a gore in the back and it makes it sit better on the head.