Well, as it's a fairly basic A-line gown I can of course wear it as a c.1330 mi.parti gown from any part of catholic Europe really, but I am wearing it the Italian way, with a tie under the bust. It is all hand sewn from thin wool. 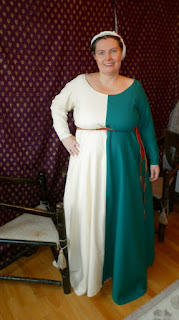 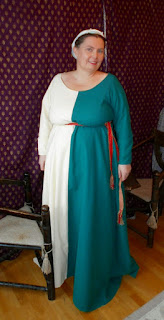 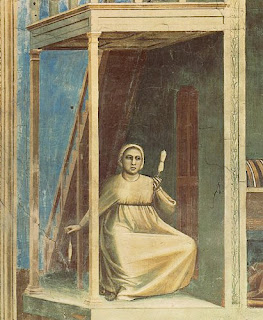 You may notice that I am not wearing a bra, I am trying to use this type of underwear, a shift tied under the bust. Giousto de Menabuoi, Padua 1376. Though much later than my gown I guess that since they wore gowns tied under the bust already around 1300 they might have used the same method on their underwear to keep the busts at least a little in place. 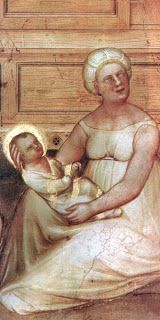 Around 1330s we see both wider and deeper necklines, which is why I made this one that way.

Mi-parti isn't that common on women in Italian paintings in 14th century, but they exist, and here are a few. 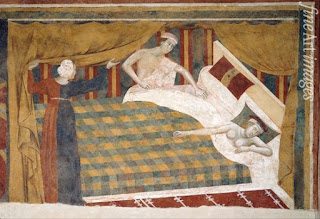 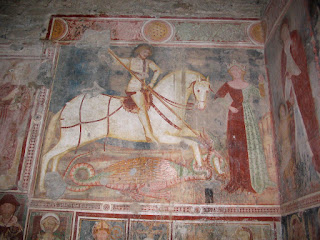 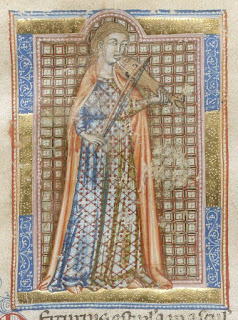 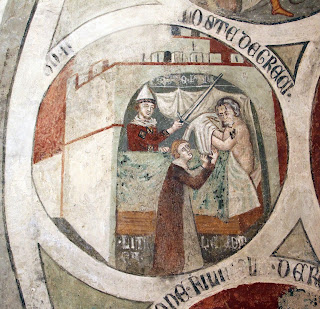 Fresco from the Veneto, I haven't found more info unfortunately: 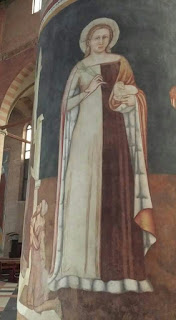 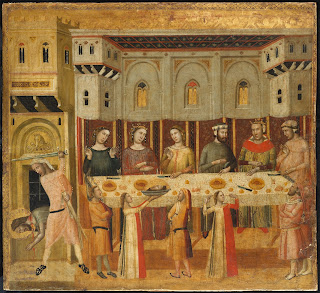 Master of the Codex of St. George, kneeling princess in a peach and blue mi-parti gown. 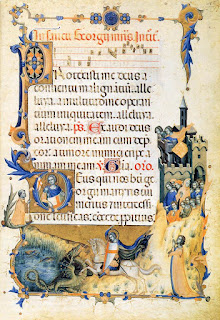 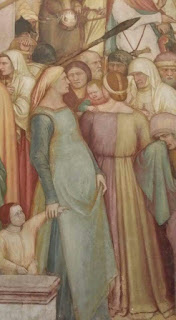 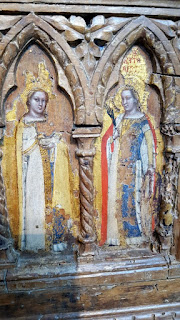 The Baronzio Polyptych ca 1340, by Giovanni Baronzio. Note that the gown is slit in the front!